Refugee Next Door Campaign: Our Call to Action 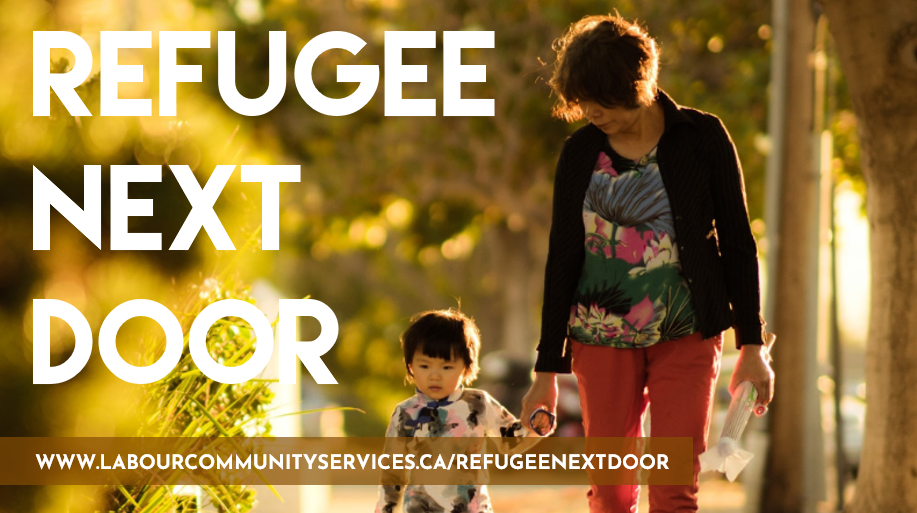 The Refugee Next Door campaign is a project of Labour Community Services. We have two mandates; first to publicize the plight of refugees to those in Ontario’s labour movement, and second to work with refugee support groups to lobby government bodies on the refugee issue. Regarding the first mandate, please see our request to you and your union at the end of this letter.

The refugee crisis is, of course, one of the many crises that confront us in Canada and in the world. The list of items lining up against us is imposing, frightening and seemingly growing. A partial list of the more prevalent issues are the re-election of the anti-worker Ford government, the heightening of hate and emergence of Trumpism in Canada principally represented by far right-led trucker convoy protest and so-called populist parties, the growing realities of climate change, and incidents of racism.

Sometimes, it is hard to know what to emphasize in our political activism. They are all important, even with life and death consequences, but we feel compelled to remind all progressive forces that the refugees among us, the refugees next door and the refugees still languishing abroad, need our attention and our support. According to United Nations High Commission on Refugees research, there are now over 90 million refugees in the world - people who were forced to leave their native lands; sometimes for political reasons, sometimes for climatic reasons.

An alarming trend that we have observed, on refugee selection and relocation to Canada, is that some refugees get more attention and resources than others. Canada should of course open up our doors to refugees from the horrible war in Ukraine, but should also apply the same principle to refugees from the Middle East, South Asia and Africa.

The labour movement has a strong and proud history of supporting the relocation of refugees to Canada. It is important that we maintain that support. All human rights issues are related; the refugee crisis is inextricably linked to the growing acceptance of racist attitudes and practices.

The Refugee Next Door Campaign has made several presentations to central unions, union locals, and central organizations such as the Ontario Federation of Labour and the Canadian Labour Congress. We have also produced a bilingual 10-minute video for presentation to union meetings at every level.

We are available and ready to make a presentation to your union body. If you would like to have a presentation (in person or digital), or have any questions, please get in touch with us at [email protected].